I’m thrilled to share an excerpt of the first chapter from Dan Kreiss‘ new book, Prototype Politics: Technology-Intensive Campaigning and the Data of Democracy, published by Oxford University Press this July. (Oxford is currently out of the paperback version; until they’re back in stock, here’s the link to buy it from Powell’s Books in Portland, or Amazon.) Dan has quickly become one of the preeminent experts on contemporary political campaigns, particularly the way national campaigns in the U.S. have built up the tools, the infrastructure, and the people to shift the gravity of campaigning from party-building to a more data-centric undertaking. From the book jacket:

Prototype Politics provides an analytical framework for understanding why and how campaigns are newly “technology-intensive,” and why digital media, data, and analytics are at the forefront of contemporary electoral dynamics. The book discusses the importance of infrastructure, the contexts within which technological innovation happens, and how the collective making of prototypes shapes parties and their technological futures. Drawing on an analysis of the careers of 629 presidential campaign staffers from 2004-2012, as well as interviews with party elites on both sides of the aisle, Prototype Politics details how and why the Democrats invested more in technology, were able to attract staffers with specialized expertise to work in electoral politics, and founded an array of firms to diffuse technological innovations down ballot and across election cycles. 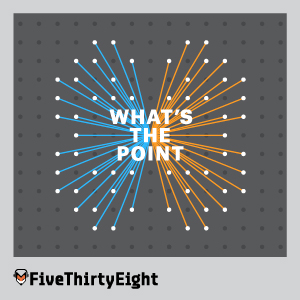 While his details are drawn largely from the 2012 election, his insights absolutely illuminate the current U.S. presidential campaigns. And if you’re interested to hear Dan speak to the current election more directly, I highly recommend his most recent appearance on the FiveThirtyEight podcast “What’s the Point”:

as well as the two previous, that cover the history of U.S. presidential campaigns and their tactics: